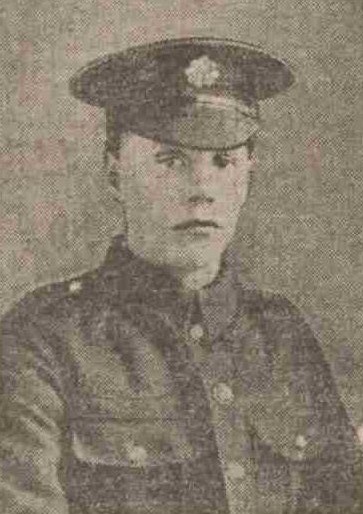 DUNDEE GUARDSMAN IS KILLED IN ACTION.

Mrs Black, 12 Wilkie’s Lane, Dundee, has been officially notified by the War Office that her son, Private Wm. Black, 2nd Scots Guards, who has been posted as missing since 18th May, is now taken as having been killed in action on that date.

Private Black, who was 19 years of age, enlisted shortly after the outbreak of war.  Prior to enlistment he was employed as an iron dresser in Blackness Foundry, Dundee.

Driver James Black, a brother of the deceased soldier, is serving in the Royal Field Artillery.

Can you tell us more about William Black'? Some additional facts, a small story handed down through the family or perhaps a picture or an heirloom you can share online. Contact our curator...