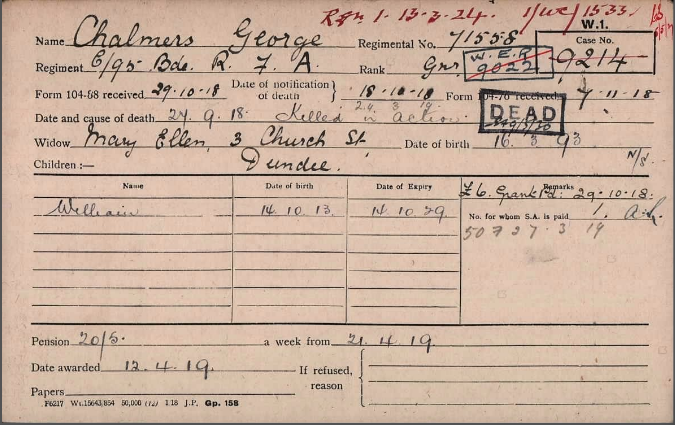 George has no known grave but is remembered on the Vis-En-Artois Memorial.

Gunner George Chalmers, R.F.A., who was killed in action on 27th September, was the husband of Mrs Chalmers, 3 Church Street.  He enlisted shortly after the outbreak of war, and went to France three years ago.  Deceased, who was 28 years of age, was wounded in October last year.  In civil life he was a calender worker with Low & Bonar.  He leaves a widow and one child.  A brother was killed in May 1917.  Another is serving.

Can you tell us more about George Spankie Chalmers'? Some additional facts, a small story handed down through the family or perhaps a picture or an heirloom you can share online. Contact our curator...