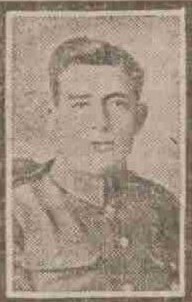 Official intimation has been received of the death in action on 26th April of Pte. Wm Chalmers, of the Royal Scots, who leaves a widow and two children, who reside at 2 Ness Street, Dundee.

Pte. Chalmers was 30 years of age.  He attested under the Derby Scheme, and was called up just a year ago.  Prior to joining the colours he was an assistant overseer in Lindsay Street Works (John Henderson & Sons, Ltd.).

Can you tell us more about William Douglas Chalmers'? Some additional facts, a small story handed down through the family or perhaps a picture or an heirloom you can share online. Contact our curator...