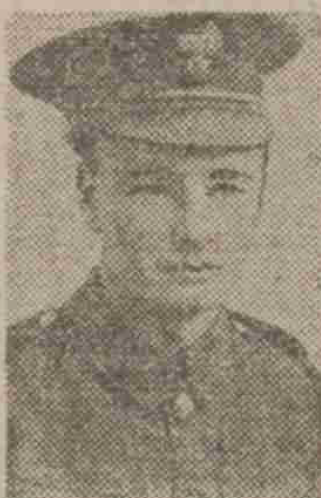 Hugh has no known grave but is remembered on the Tyne Cot Memorial.

Corporal Hugh A. Clark, Lewis Gun section Honourable Artillery Company (Infantry), only son of Mr and Mrs A. G. Clark 2 Gowrie Place, was posted missing on 7th October, 1917, and is now presumed to have died on that date.  He was 19 years of age, and enlisted in January, 1916, and went to France in October of the same year, taking part in the fighting at Beaumont Hamal and other engagements.  In April, 1917, he was wounded, and after leaving an English hospital he held a staff appointment for a time.  He rejoined his battalion in France in September last year, and it was during the fighting at Passchendaele that he was posted missing.

Deceased was a former pupil of the Harris Academy, and was also a lance-sergeant in the 8th Company B.B. (St Paul’s Episcopal Church).  Prior to joining the colours he was in the Civil Service in London.

Can you tell us more about Hugh Alexander Clark'? Some additional facts, a small story handed down through the family or perhaps a picture or an heirloom you can share online. Contact our curator...