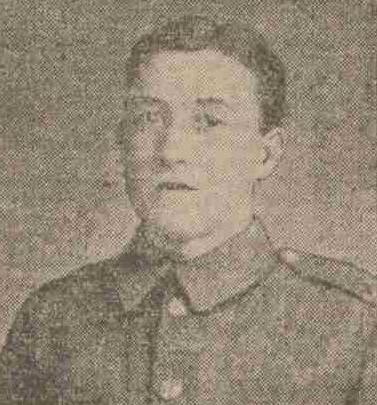 Mr Couttie, 231 Blackness Road, Dundee, has received official information that his son, A.B. James Couttie, of the Royal Naval Division, has been reported missing since 13th November.  A.B. Couttie enlisted two years ago, and also took part in the Gallipoli campaign.  Prior to enlistment he was a mechanic in Grove Mills.

Can you tell us more about James Couttie'? Some additional facts, a small story handed down through the family or perhaps a picture or an heirloom you can share online. Contact our curator...