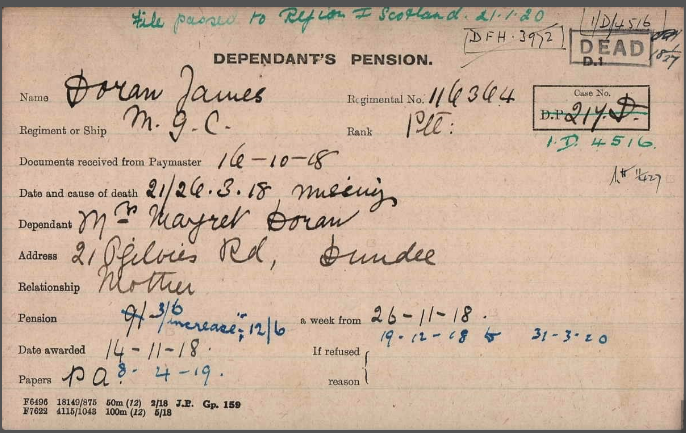 Private James Doran, Machine Gun Corps, son Of Mr and Mrs Doran, 21 Ogilvie’s Road, who was reported missing on 21st March, is now reported killed in action on the 24th of that month.

Can you tell us more about James Doran'? Some additional facts, a small story handed down through the family or perhaps a picture or an heirloom you can share online. Contact our curator...