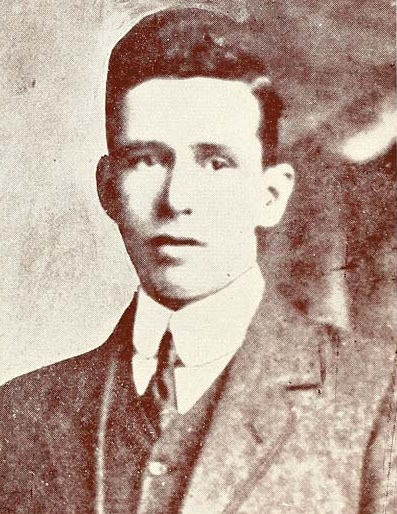 The war has carried death into the home of Mr and Mrs Egan, who reside at 12 Paton’s Lane, Dundee, and whose son, Edward, was killed in action on October 22.

His parents have received official intimation to that effect as well as a letter of sympathy on behalf of the King and Queen from Lord Kitchener.

Trooper Egan, of the 9th Queen’s Royal Lancers was 29 years of age, and enlisted nine years ago. In London, where he held a clerical post at the time.  After serving three years in South Africa, Trooper Egan returned home two years ago.  Previous to the outbreak of war, when as a Reservist, he was called up, Egan was employed in the Post Office at the village of Walkerburn, in Peebleshire.  Here he was meanwhile studying for the Civil Service.

Can you tell us more about Edward Egan'? Some additional facts, a small story handed down through the family or perhaps a picture or an heirloom you can share online. Contact our curator...