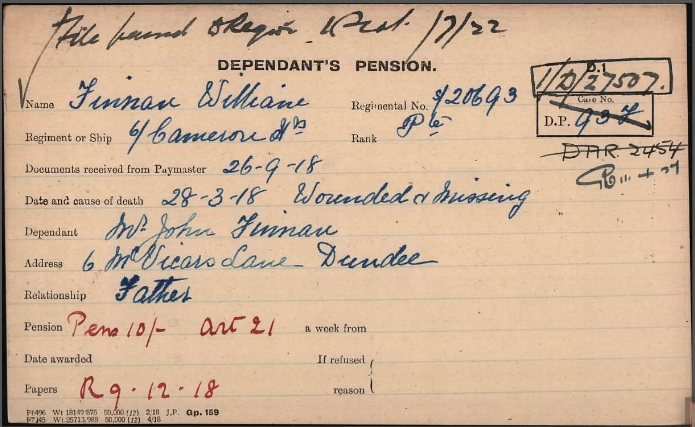 Killed in action. William was the brother of Pte Patrick Finnan, 35704, Highland Light Infantry who is believed to have returned home safely.

It is believed that William Finnan is incorrectly listed on the original Dundee Roll of Honour as having served with the Canadians, when in fact research would indicate that this man served with the Cameron Highlanders. There is a William Finnan originally from Dundee who served with the 13th Battalion, Canadian Infantry. He survived the war and was discharged from the army 25 March 1919 and did not die until 13 October 1947.

Can you tell us more about William Finnan'? Some additional facts, a small story handed down through the family or perhaps a picture or an heirloom you can share online. Contact our curator...