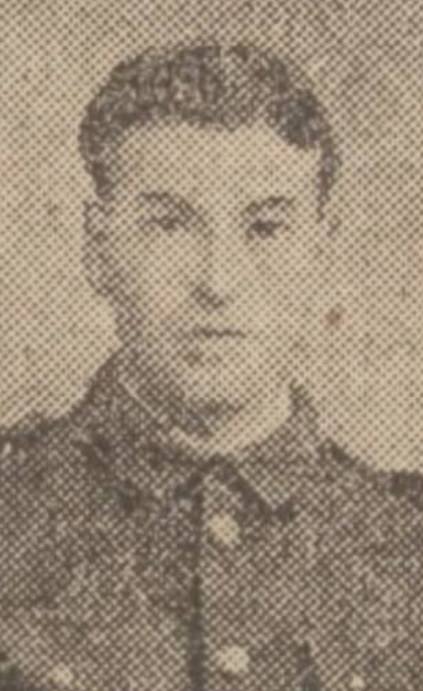 2497 Pte Alexander Fox, 4/5th Black Watch, was killed in action on 23 October 1916, aged 23.
Fox was a calender worker whose wife lived at 2 Lawrence Street.
He is buried in Connaught Cemetery, Thiepval, Somme, France, XI. B. 9.DUNDEE SOLDIER KILLED. Intimation has been received by his wife, who resides at 2 Lawrence Street, Dundee, of the death in action on 23d October of Private A. Fox, Black Watch.
Pte. Fox, who was 23 years of age, enlisted at the outbreak of war, and had been at the front for two years. During that time he had been thrice wounded, the last occasion being only fourteen days before his death.
Prior to the war he was employed as a calender worker.
Two brothers of deceased are at present at the front. The Courier, Wednesday, 15 November 1916, 4.

Can you tell us more about Alexander Fox'? Some additional facts, a small story handed down through the family or perhaps a picture or an heirloom you can share online. Contact our curator...