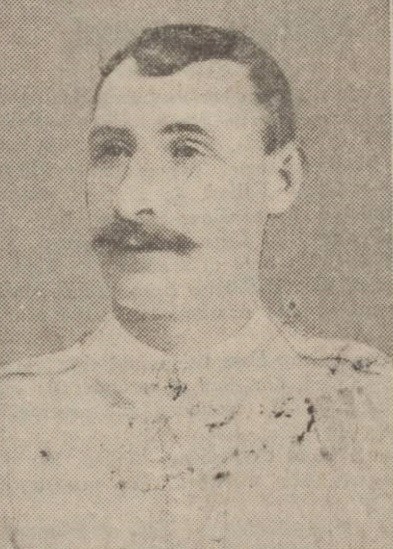 A DUNDEE CORPORAL’S DEATH. SHOT THROUGH THE HEAD. Mrs W. Gemmell, who resides at 19 Blackness Road, Dundee, has received a letter from a captain intimating the death in action of her husband, Corporal W. Gemmell, attached to the 4th Black Watch. The letter says: –
“I regret exceedingly having to inform you of the death of your husband of my company. He took out a party in front of the parapet to cut the long grass, and while superintending the work he received a bullet through the head. He was immediately attended to by his mates. He was unconscious from the first, and only lived about an hour. His body was brought in, and buried the following day in the cemetery about a mile behind the firing line.
“Corporal Gemmell was a splendid soldier, and was a splendid example to the men. He will be greatly missed by all. His company extends to you their heartfelt sympathy.”
Corporal Gemmell was 39 years of age, and had a fairly long experience of soldiering, having served for over seven years in the Royal Garrison Artillery. As a member of that regiment he was stationed for some time in China. At the outbreak of war the soldiering spirit returned to him, and he enlisted in the 4th Black Watch, and went to the front in February. Before enlisting he was employed in the batching department of Seafield Works (Thomson, Shepherd, & Co., Limited). Corporal Gemmell was a native of Aberdeen, but has spent the greater part of his lifetime in Dundee, and leaves a widow and four of a family. The Courier, Tuesday, 20 July 1915, 6.

Can you tell us more about William Gemmell'? Some additional facts, a small story handed down through the family or perhaps a picture or an heirloom you can share online. Contact our curator...