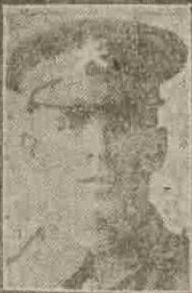 Lance-Corporal Geo Anderson, M.G.C., whose wife resides at 60 North Street, Dundee, has been awarded the Military Medal for conspicuous bravery on the field.  Lance-Corporal Anderson joined up 18 months ago, and has been in France for a year.  His widowed mother who resides at 35 Church Street gave four sons to the army, two of whom have been killed, while one is still serving.  Prior to enlistment Lance-Corporal Anderson was employed at the sheds of the Dundee, Perth, and Shipping Co.

Can you tell us more about George Anderson'? Some additional facts, a small story handed down through the family or perhaps a picture or an heirloom you can share online. Contact our curator...