We need you to tell us more about the life and times of William M. Harris 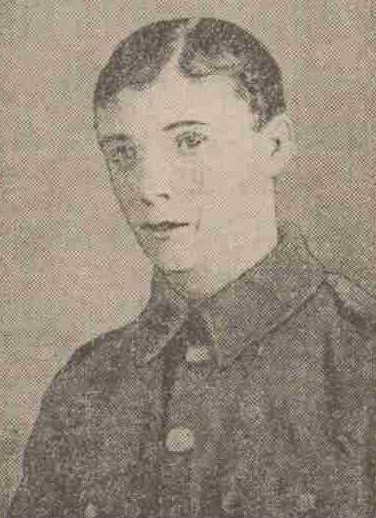 TO HIS MOTHER TELLING HER HE IS KEEPING WELL.

A pathetic circumstance in connection with the death in action of Private William Harris, 17th Royal Scots, son of Mr Harris Brushmaker, 5 Blackness Road, Dundee, is that shortly before he was killed he had written a letter to his mother saying he was keeping well.  William, however, was not spared to send off the letter.  Still, the epistle, which concluded with the message “God bless you all,”  was permitted to reach its destination, being forwarded to Mrs Harris by an officer when informing her of the death of her son.  Photos of his mother, sister, and sweetheart, which this good soldier carried with him on the battlefield, have also been returned to his home.

Private Harris, who was only twenty-one years of age, joined the army nine months ago, and before he enlisted he was employed as a jute worker in Dundee.  A comrade, writing to his mother, thus pays a tribute to his fine qualities as a soldier :–“Your son has only been in this Battalion for a very few weeks, and during that short time I have always found him a very hard worker and a keen soldier.  He was well liked by all.”

Mr and Mrs Harris have two other sons in the army.

Can you tell us more about William M. Harris'? Some additional facts, a small story handed down through the family or perhaps a picture or an heirloom you can share online. Contact our curator...