We need you to tell us more about the life and times of Ernest N. Haxton 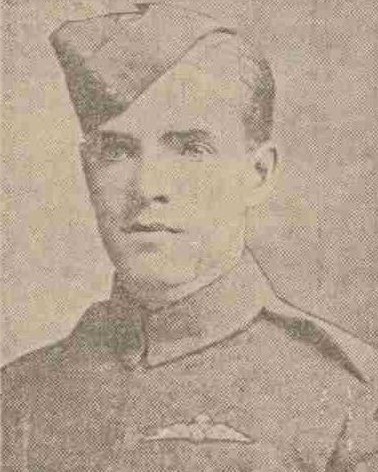 DUNDEE AVIATOR IS BROUGHT DOWN

WITHIN THE ENEMY LINES

Pilot Ernest Haxton, a Dundee man, has come down in the German lines, and is believed to have lost his life.

On Saturday his father, Mr James Haxton, 7 East Haddon Road, Dundee, received a letter from his commanding officer stating that Pilot Haxton had been engaged in an offensive on 9th October.  After a combat with a hostile aeroplane he was observed by our other machines, which were over him, to be going down on the other side of the lines.  The writer also says:-“From the accounts given I very much fear there is no chance of his having survived.  He had not been long with his squadron, but proved himself to be a very fine pilot and a bold fighter.”

Before joining this branch of the service Pilot Haxton was an apprentice engineer in Blackness Foundry.  When he was a member of the Royal Field Artillery (Territorials), Dundee, about two years before the outbreak of war, volunteers were asked for the Royal Flying Corps.  Pilot Haxton offered his services and was accepted.  He went into work with great assiduity, and succeeded in obtaining his first class certificate.

Mr Haxton has three other sons in the army, One, Sergeant Robert Haxton, of the Royal Scots, now at the front.  Sergeant James Haxton is with the Canadians while the third, William Haxton, has enlisted in the Seaforths.

Ernest was killed in action whilst piloting his FE2b 6992.

Can you tell us more about Ernest N. Haxton'? Some additional facts, a small story handed down through the family or perhaps a picture or an heirloom you can share online. Contact our curator...