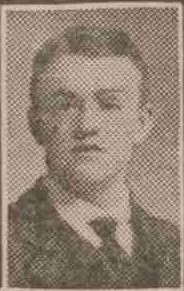 The sad intelligence has just been received by Mrs Peter Hosie that her husband, who was posted as missing in April, has now been officially reported killed.

Private Hosie joined the R.S.F., about a year ago.  Prior to enlistment he was employed in South Mills, Dundee.  A brother, John, is at present in hospital in England as a result of wounds received in the beginning of the year.

Can you tell us more about Peter Moore Hosie'? Some additional facts, a small story handed down through the family or perhaps a picture or an heirloom you can share online. Contact our curator...