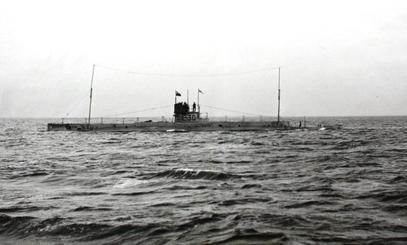 It is believed that E. A. Howard died as the result of a battery explosion in the Submarine engine room 07.04.1916 which killed 3 men.  Submarine E-30 later struck a mine and sank with the loss of the entire crew 22.11.1916 off Orford Ness, Suffolk.

Can you tell us more about Edward Albert Howard'? Some additional facts, a small story handed down through the family or perhaps a picture or an heirloom you can share online. Contact our curator...