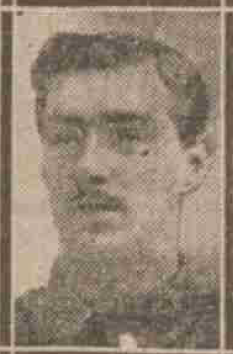 Private John Howie, whose home is at 197 Lochee Road, has been severely wounded.  He enlisted as a member of the Fife and Forfar Yeomanry, but was transferred to the Black Watch.  In civil life he was a grocer in the employment of Mr Richmond, Lochee Road.  A brother is Driver James Howie, of the Royal Engineers.

Can you tell us more about John Howie'? Some additional facts, a small story handed down through the family or perhaps a picture or an heirloom you can share online. Contact our curator...