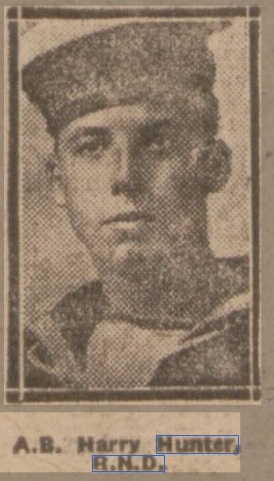 Harry has no known grave but is remembered on the Thiepval Memorial.

A.B. Harry Hunter, who was erroneously reported as invalided home last week, has been killed in action. His mother resides at 12 Benvie Road, Dundee, and his father is now serving in the Black Watch.

According to his official papers he was a Howe Man.

Can you tell us more about Henry Bowman (aka Harry) Hunter'? Some additional facts, a small story handed down through the family or perhaps a picture or an heirloom you can share online. Contact our curator...