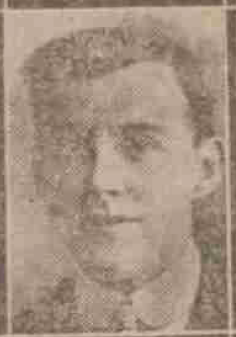 David was the brother of Pte Thomas Irvine, 30672, 15th Battalion Royal Scots, who was killed in action, 30.07.1916. Also believed to be the brother of Cpt James Irvine, Royal Army Medical Corps.

In a letter from a chaplain of the Royal Scots Fusiliers received by Mr and Mrs Irvine, 60 Liff Road, Lochee, on Saturday, the sad news is contained of the death from wounds of their son, Private David A. Irvine.  Private Irvine, who was 21 years of age was well known in London, where he was formerly employed as an ironmonger. A brother of deceased, who is also a member of the Royal Scots Fusiliers, has been wounded and missing since 20th July.  Mr Irvine is well known in the city as the Police Court probationer officer, and much sympathy will be extended to him in the loss he has sustained.

Can you tell us more about David Alexander Irvine'? Some additional facts, a small story handed down through the family or perhaps a picture or an heirloom you can share online. Contact our curator...