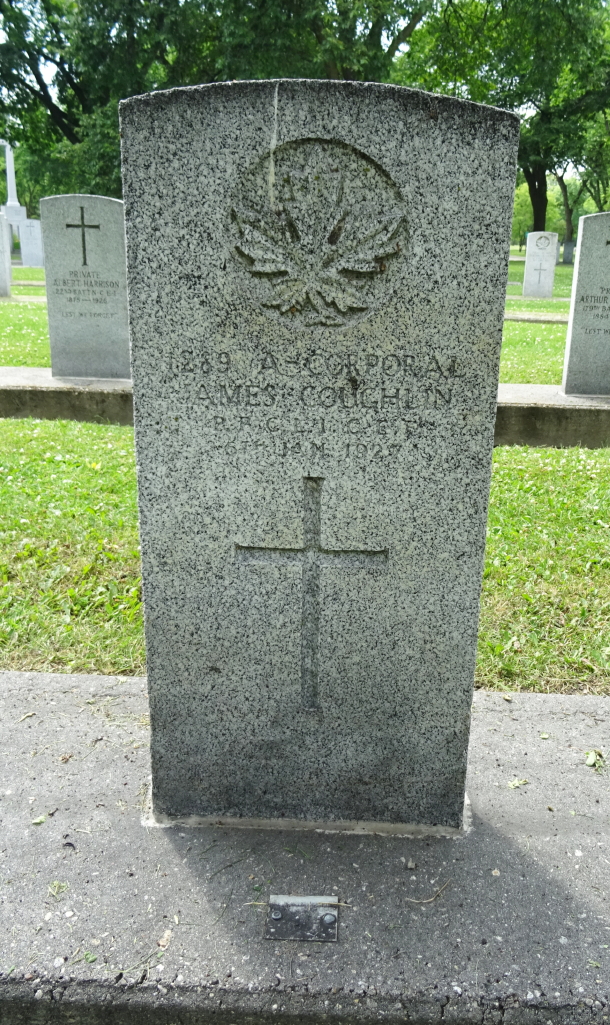 For more information on James, visit his Service Record.

James originally attested and served with  Princess Patricia’s Canadian Light Infantry. He was blown up and buried for 3 hours at a forward listening post 01.04.1915 in the St Eloi sector in Belgium, leaving him with defective vision. He then transferred to and served with the Canadian Army Medical Corps until wars end.

He was the brother of Pte Michael Coughlin, 6944, 2nd Battalion Highland Light Infantry, who died of wounds 07.10.1914 and Cpl Charles Coughlin, 11869, Highland Light Infantry, who is also listed on the original Dundee Roll of Honour, but there is no record of this man on either C.W.G.C. or S.D.G.W. so it is likely that this mans death was not regarded as being due to his service in the army. He was also the brother of Pte Patrick Coughlin, Royal Army Medical Corps, who is believed to have survived the war.

Can you tell us more about James Coughlin'? Some additional facts, a small story handed down through the family or perhaps a picture or an heirloom you can share online. Contact our curator...