We need you to tell us more about the life and times of James F. McKellican 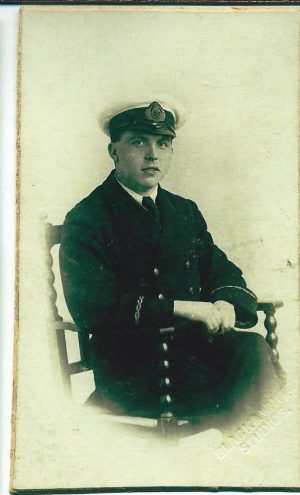 James F McKellican was a pupil at the High School of Dundee 1910-1916 and was an amateur wireless enthusiast being a member of a group that met in the Morgan Tower.

Having sat his Highers and being assured that the results would stand, he enlisted as a wireless operator in the Merchant Navy in 1916. He was involved in convoy duty in the Atlantic, Archangel runs and the far east. His ship was in Gibraltar at the time of the Armistice and on returning to Britain, he removed the current wireless log book from the ship! This log book is lodged in Dundee City Archives.

During his time at sea he did some experimental work passing on radio signals from Marconi and was offered a place with Marconi if he graduated in Electrical Engineering. However he was set on doing Civil and Mechanical Engineering at University College, Dundee (UCD).

In his enthusiasm on joining the Merchant Navy, he said he spoke French – omitting to say  schoolboy French. For some time he was ‘seconded’ to the French Navy, resulting in many humorous tales!

Can you tell us more about James F. McKellican'? Some additional facts, a small story handed down through the family or perhaps a picture or an heirloom you can share online. Contact our curator...