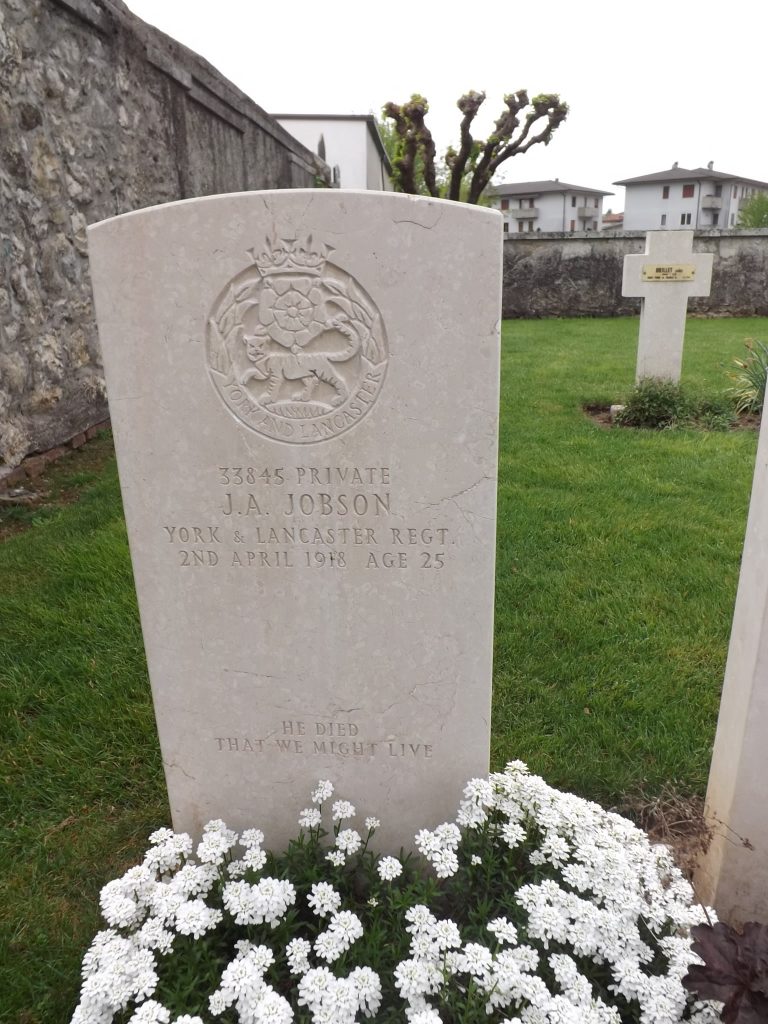 James A. Jobson York and Lancaster Regiment, who is reported to have died from wounds, was the youngest son of Mr David A. Jobson, iron and metal merchant, Ward House, Dundee.  He enlisted in the Veterinary Corps in April, 1915, and proceeded direct to France where he was for nearly twenty months.  Later he was transferred to the York and Lancaster Regiment, with which he went to Italy.  Prior to enlistment Private Jobson was engaged in business with his father.

Can you tell us more about James Anderson Jobson'? Some additional facts, a small story handed down through the family or perhaps a picture or an heirloom you can share online. Contact our curator...