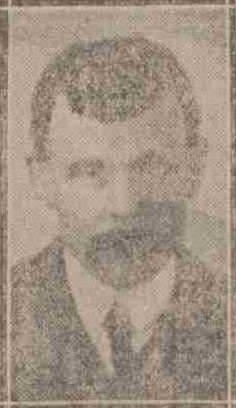 Much sympathy in their affliction is being expressed for the sorrowing parents of Private W. W. Kiddie, of the 2d King’s Own Scottish Borderers, who has died in hospital from injuries received at Lille.  Private Kiddie was buried with full military honours at Lodge Hill Cemetery, Selly Oak.  The family mourners included the deceased parents, who had travelled from Dundee.  A native of Methven, Perthshire, the gallant lad was only 30 years of age.  His parents received a letter on Friday morning stating that he was slightly wounded on the left arm, and were accordingly quite reassured.  The poor fellow had started to write the epistle in the ambulance train to Birmingham, but was not able to finish it, the task being kindly undertaken by a comrade.

Judge of Mr and Mrs Kiddie’s pained surprise when the following day a letter received intimating their son’s death from heart failure.

A reservist, Private Kiddie on mobilisation left his employment as a cloth inspector at Constable Works, Dundee, to rejoin his regiment.  His parents reside in Isla Street, Dundee.

Can you tell us more about William White Kiddie'? Some additional facts, a small story handed down through the family or perhaps a picture or an heirloom you can share online. Contact our curator...