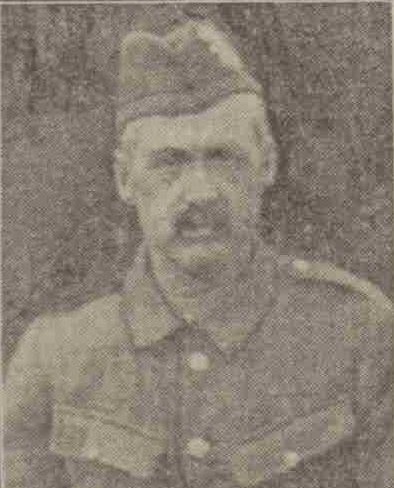 The dead body of Private John Langlands of the Dundee National Reserve, was found on Wednesday near the side of the railway a few hundred yards south of Newtonmore Station.  For some months, Langlands had been stationed near the scene of the tragic occurrence, and it is surmised that when returning from the village late at night the unfortunate soldier had been struck by a passing train.

Private Langlands was a married man, and resided at 7 Dallfield Walk, Dundee.  He was 47 years of age, and leaves a widow and seven children, the youngest being only four months old.  He was an old soldier, and saw active service with the Gordons during the Soudan War and Chitral Expedition.  At the outbreak of hostilities Private Langlands again volunteered for foreign service, but was not accepted on account of his age.  In Dundee he was employed as a labourer with the Caledon Shipbuilding Company.

Can you tell us more about John Langlands'? Some additional facts, a small story handed down through the family or perhaps a picture or an heirloom you can share online. Contact our curator...