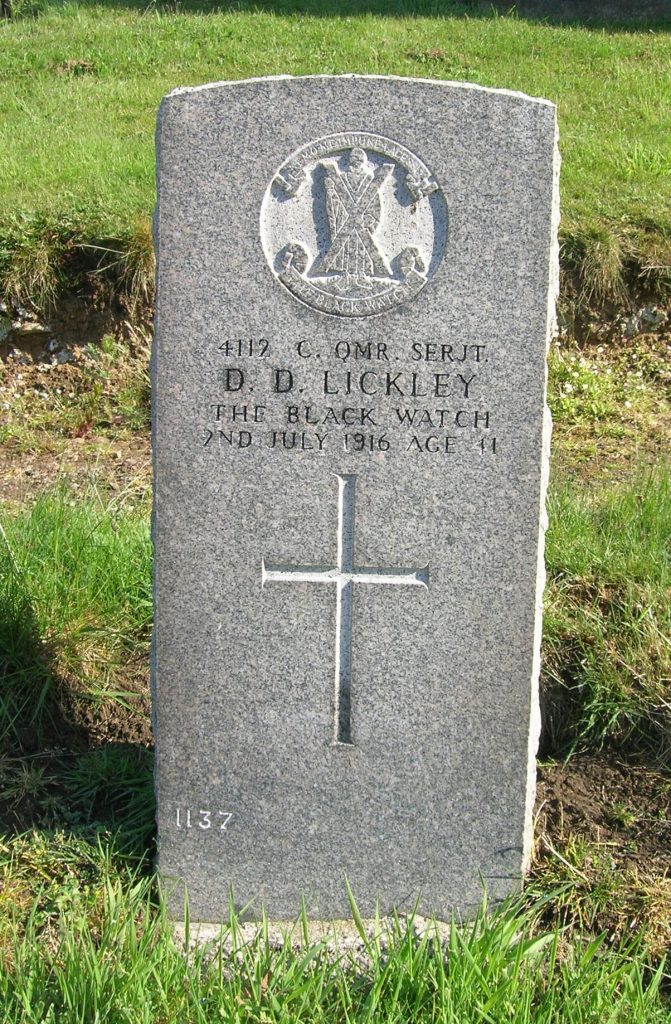 By the death at Ripon of Company Quartermaster-Sergeant David Lickley there has been removed one who was well known in Dundee musical circles.  Mr Lickey’s death will be regretted by a wide circle of friends in the city.  A fortnight ago he was home on short furlough, looking in the pink of health.  His end came suddenly, stricken down with illness a week after his return to camp.

Mr Lickley was an ex-volunteer, and joining the ranks fully a year ago, promotion came rapidly.

Possessed of a splendid voice, Mr Lickley was a member of several musical associations in the city.  He was ever ready to give his services for charitable purposes.

He will be remembered by a large section of the community as a tenor vocalist, having made many public appearances in the city, and he was also principal tenor in the choir of St John’s (Cross) Church.

Mr Lickley is survived by a widow and three of a family, for whom much sympathy will be expressed.

Can you tell us more about David Drew Lickley'? Some additional facts, a small story handed down through the family or perhaps a picture or an heirloom you can share online. Contact our curator...