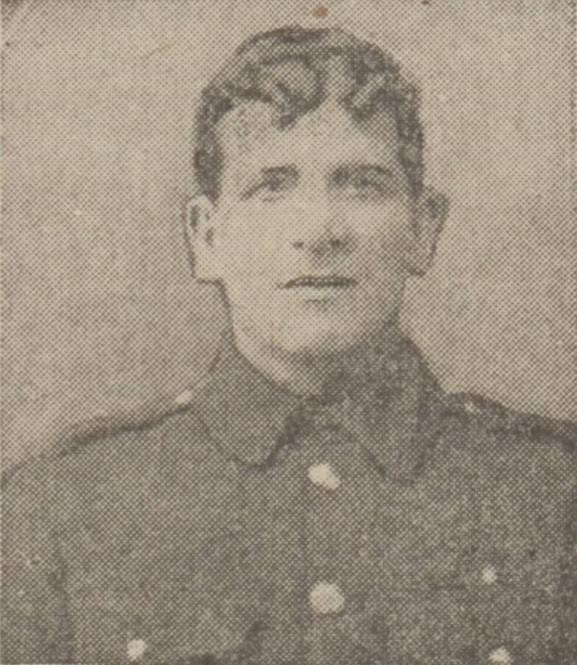 2040 Cpl Robert Logan, 4th Black Watch, was killed in action on 12 March 1915, aged 35. He was a victim of the same shell that killed L.-Cpl. Loftus.
Like Loftus, Cpl. Logan was a former regular soldier, having served with the Gordon Highlanders in India and South Africa.
Before the war he was a machinist with John Howe & Son, Fairmuir Turning Works.
His wife and daughter lived at 1 North George Street, Dundee. Robert Logan is commemorated on the Le Touret Memorial, Pas de Calais, France. DUNDEE CORPORAL OF 4TH BLACK WATCH IS KILLED BY BURSTING SHELL. Corporal Robert Logan is another member of the 4th Black Watch (Dundee’s Own Battalion) who has given his life for his country in the terrible fighting on the 11th of March [sic] in the region of Neuve Chapelle. The official intimation states he met his death at Rue de Bois.
Corporal Logan, who was 35 years of age, had a long association with the army. He had seen active service previously when with the Gordon Highlanders in India and South Africa, and was the possessor of three medals, two for the Boer War and the other for India.
When war broke out deceased had been clear of the Reserves for some years, and was employed as a machinist with John Howe & Son, Fairmuir Turning Works, but the old martial spirit was rekindled in him, and he enlisted in the 4th Black Watch. With his previous experience he was given the rank of corporal. From letters which Mrs Logan has received from the front, it appears her husband was one of a band of about seven of the battalion hit by a bursting shell, and he and a comrade were killed, while the others were wounded. Captain Walker, in a note of sympathy to the Corporal’s widow, pays a compliment to the efficiency of the deceased soldier.
Corporal Logan leaves a widow and little girl, who reside at 1 North George Street. The Courier, Thursday, 8 April 1915, 4.

Can you tell us more about Robert Logan'? Some additional facts, a small story handed down through the family or perhaps a picture or an heirloom you can share online. Contact our curator...