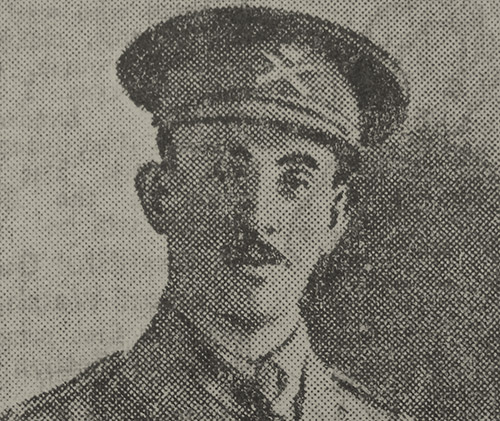 Although often claimed as a Scottish born V.C. winner Hugh was actually born in Liverpool on 5 December 1885 (Hugh listed Inverness as his place of birth when he attested). He was the second son of  Jane Macdonald McKenzie of 23 James St, Dundee and the late James. The family moved from Liverpool to Inverness following the death of his father who was in the Merchant Navy as an engineer and was lost at sea 16.11.1888. They then moved to Dundee (the city where his parents were married 13 June 1877) around 1905. Hugh worked for Watson & Sons, Seagate and the Caledonian Railway Company as a Carter. Hugh was also a keen sportsman and was a founder member of Dundee Amateur Boxing and Wrestling Club and was crowned North Scotland wrestling champion.

Hugh emigrated to Canada around in 1911 and when Marjory McGuigan who was from Dundee came out to Canada they were married on 14th March 1912, their daughter who was born 25.04.1909, prior to their marriage would appear to have stayed in Dundee with relatives.

At the outbreak of war Hugh enlisted as a Private in the Princess Patricia’s Canadian Light Infantry a newly raised battalion named after the daughter of the Duke of Connaught, Canada’s Governor General. April 1915 found the Pats in the salient south of the Canadian Division. They had missed the first poison gas attack, but the following month at Bellewaerde they fought a defensive action that has become enshrined in regimental legend. Hugh was by then a Corporal in the machine-gun section, his numerous acts of gallantry began on 4th May when the Pats crude trenches were pounded by shells, which wiped out his gun team and went on until 8th May, when he led fresh troops to their relief. In 25 days the Pats had lost 700 men. Hugh was awarded the D.C.M. on 14 January 1916 for his actions during that battle.

Citation: “For conspicuous gallantry, his machine gun having been blown up by a shell and his whole crew killed or wounded, Cpl McKenzie displayed the utmost coolness in stripping the wrecked gun of all undamaged parts and bringing them out of the trench, which by then had been absolutely demolished. Having no gun, he volunteered to carry messages to and from Brigade H.Q. under terrific fire and succeeded. His devotion to duty has always been most marked.” The following month, Hugh, who had been promoted to Sergeant, was awarded the Croix de Guerre for “Gallant and distinguished service in the field.”

September 1916 saw his service with the Princess Pats end when he was transferred to the 7th Canadian Machine Gun Company as Company Sergeant-Major, he was further promoted Temporary Lieutenant in the field 28 January 1917. Although commissioned into the Princess Pats he never served as an officer with them, instead being seconded to the 7th Brigades machine gunners.

While his army career went from strength to strength his private life was a mess. His marriage was in trouble and on 6 February 1917 he applied to stop his monthly $20 payments to his wife on the grounds of her “infidelity”. He left his D.C.M. and Croix de Guerre with his mother back home in Dundee. At this time his elder brother Robert was serving in the Royal Army Service Corps  and a younger brother Alexander was in the Cameron Highlanders and subsequently a prisoner of war.

October 1917, saw Hugh at Passchendaele which was the scene of very severe fighting in extremely harsh weather and ground conditions. On 30th October he was in charge of 4 machine guns covering the 7th Brigade when they were ordered to attack. During this attack one enemy pill-box was causing severe problems for the attacking company of the Princess Pats, causing them to lose every officer and N.C.O. Seeing this Hugh took command of the remaining Pats and set about organising an attack on the problematic pill-box. Not only did they have the pill-box to deal with, but the upper slope had numerous machine gun nests. Hugh had to make a daring reconnaissance mission before he could effect a suitable plan of attack. He detailed small parties to work their way round the flanks eliminating any resistance they found, then make an attack on the pill box from the rear. He then arranged a frontal attack; with himself to lead a small party directly up the slope to the pill-box. As Hugh led his troops forward he was shot in the head by an enemy sniper and killed at the moment the pill-box was captured. He was buried close by the pill-box he died attacking, although his grave was later destroyed and lost.

Hugh was posthumously awarded the V.C. on 13 February 1918

Citation: “For most conspicuous bravery and leading when in charge of a section of four machine guns accompanying the infantry attack. Seeing that all the officers and most of the N.C.O’s of an infantry company had become casualties , and that the men hesitating before a nest of enemy machine guns, which were on commanding ground and causing them severe casualties, he handed command of his guns to an N.C.O., rallied the infantry, organised an attack and captured the strong point. Finding that the position was swept my machine gun fire from the pill-box which dominated the ground over which the troops were advancing, Lt McKenzie made a reconnaissance and detailed flanking and frontal attacking parties  which captured the pill box, he himself being killed while leading the frontal attack. By his valour and leadership this gallant officer ensured the capture of these strong points and so saved the lives of many men and enabled the objectives to be attained.”

Hugh’s estranged, widowed wife settled in North Bay, Ontario and remarried in May 1920 to Peter Smith who was also from Dundee and had been a witness to Hugh  and Marjory’s wedding. Hugh’s daughter later moved out to Canada to live with her mother until she died. Their son Alex later served in the Canadian army during WW2 and was killed in a road accident shortly after being demobbed.

Tragedy continued to stalk the McKenzie’s. In May 24th 1955 a fire ripped through Elizabeth’s house in Amherstburg on the shores of Lake Erie, killing her sister-in-law and her three children. All her possessions were destroyed in the blaze, including her fathers V.C.

Unaware of the medals fate the Princess Pats regimental museum embarked on a quest to locate the McKenzie V.C. and any surviving relatives. Appeals were published in Canada and Scotland which eventually resulted in contact being made with his daughter in 1970. She had just returned from Scotland, bringing with her the D.C.M. and Croix de Guerre that her father had left with relatives during the war. On learning of the loss of the V.C. the regiment organised an official replacement  to be presented which she in turn donated to the Canadian War Museum. Today the V.C., D.C.M., Croix de Guerre and service medals are on extended loan to the P.P.C.L.I. Museum in Calgary. (Extracts from VC’s of the First World War, Passchendaele 1917, pages 266-274, by Stephen Snelling)

There is a plaque to Hugh commemorating his V.C. in Rosebank Primary School, 13 Alexander St, Dundee, (the school Hugh attended as a boy)

The school’s log book contains an entry on 22 Dec, 1920, which reads: “A memorial tablet was unveiled in the school yesterday afternoon in memory of the late Lieut. Hugh McKenzie V.C., D.C.M., Croix de Guerre, a former pupil of the school. The ceremony was a deeply impressive one and there was a large gathering in the middle corridor of relatives & friends of the deceased, members of the Education Authority and subscribers to the Memorial Fund. The tablet was handed over as a gift to the school by Mr C.H. Marshall who organised the movement for the Memorial Fund. It was unveiled by Lizzie the eleven year old daughter of Lieut. McKenzie & a present pupil of the school, and accepted on behalf of the Education Authority by Mr. C. J. Bisset, Chairman of the Authority.”

There are also several references to Hugh in the local Dundee Newspapers available in Dundee Central Library.

Can you tell us more about Hugh Macdonald McKenzie'? Some additional facts, a small story handed down through the family or perhaps a picture or an heirloom you can share online. Contact our curator...