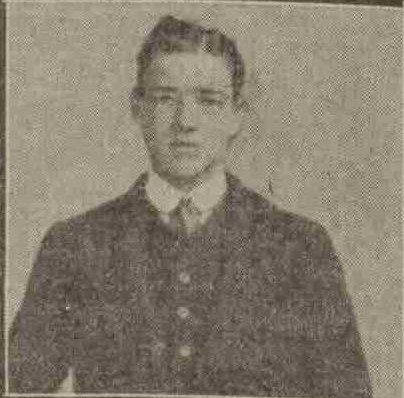 WHERE IS PRIVATE JOHN NEY,

OF THE 1ST CAMERON HIGHLANDERS?

Private John Ney, 1st Cameron Highlanders, was officially reported missing from 9th May.  An officer informed Ney’s parents, who live at 150 Overgate, Dundee, that one of the regimental stretcher-bearers had stated that he had seen their son being taken to the dressing station.  They have endeavoured to get in touch with him, but up to the present have failed.

Mr and Mrs Robert Ney, 150 Overgate, Dundee, are perplexed as to the fate of their son, Private John Ney, 1st Cameron Highlanders.  They have received a letter from Captain Traill, in which he says :-“ I regret to say your son is officially marked up as missing 9th May.  One of the stretcher-bearers in the regiment, however, says that he saw your son taken to the dressing station on a stretcher.  He was wounded in the back.”  Later there came to hand an intimation from the record office at Perth stating that Private Ney had been admitted to the 5th Field Ambulance suffering from a shrapnel wound in the back, but, although his parents have endeavoured to open up communication with him by writing to the front, they have not yet received any reply to their letter.  Private Ney, who is only nineteen years of age, enlisted in the Camerons shortly after the outbreak of war, having previously been employed in Dundee Shipbuilding Yard.

BROTHERS IN THE CAMERONS.

LAY DOWN THEIR LIVES.

Official Intimation has been received by his parents, who reside at 150 Overgate, Dundee, that Private John Ney, of the 1st Cameron Highlanders, who was previously reported wounded on 9th May, died of his wounds two days later.

Private Ney was 19 years of age, and enlisted on the outbreak of war.  He was formerly employed by the Dundee Shipbuilding Company, Limited.  His elder brother, Lance-Corporal Robert Ney, of the 2d Cameron Highlanders, was killed in action on the 23d April.  Lance-Corporal Ney came from India with his regiment, with which he had been connected for six years.

Can you tell us more about John Ney'? Some additional facts, a small story handed down through the family or perhaps a picture or an heirloom you can share online. Contact our curator...