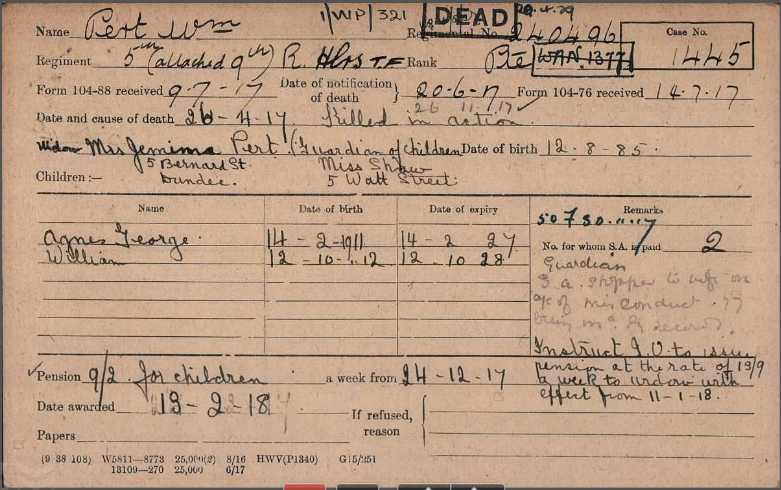 William has no known grave but is remembered on the Arras Memorial. Guardian of children listed as Miss Shaw, 5 Watt St, Dundee?.

Information has been forwarded by comrades to the effect that Private William Pert, Black Watch, son of Mrs Pert, Ferry Street, Montrose, had been wounded in the leg and was missing since April 23.  A carter with Messrs Muir, Son & Patton, Ltd., coal merchants, he enlisted on the outbreak of war, and had been over two years in France, being invalided home during that time with pneumonia.  He is thirty-five years of age.

Joining the army at the outbreak of war he had been two years at the front.  He was a carter in Montrose, and leaves a widow, who resides in Hill Street, Montrose.  Private Pert was 35 years of age.

Can you tell us more about William Pert'? Some additional facts, a small story handed down through the family or perhaps a picture or an heirloom you can share online. Contact our curator...