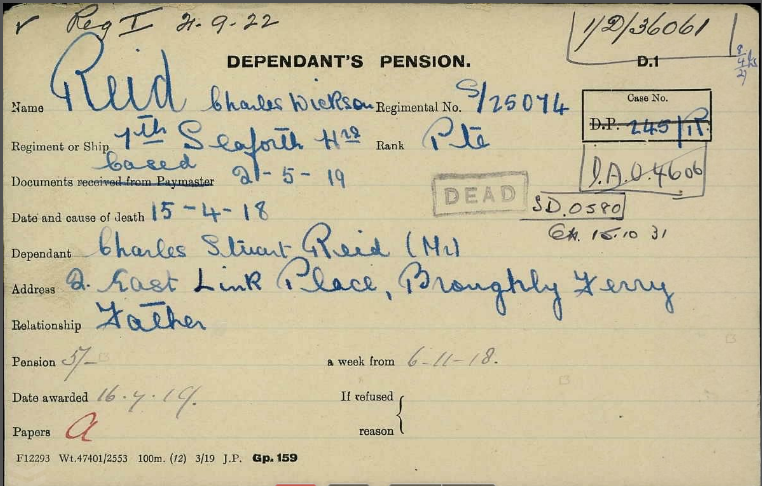 A wounded comrade has sent word to the home of C.Q.M.S. Reid, D.C.M., Black Watch, at Links Place, Broughty Ferry, stating that the latter’s son Private Charles D. Reid, Seaforths, has been killed in action.  He had been nine months in the army, and was an apprentice in the Royal Bank of Scotland, Broughty Ferry, on enlistment.

Bank: The Royal Bank of Scotland

Charles Dickson Reid was born in 1899, the son of Charles Stuart Reid. In January 1915, when he was 15 years old, Reid went to work for The Royal Bank of Scotland as an apprentice at its Broughty Ferry branch.

During the First World War Reid left the bank to join the army, becoming a Private in the Seaforth Highlanders. He died on the Western Front on 15 April 1918. He was 18 years old.

Can you tell us more about Charles Dickson Reid'? Some additional facts, a small story handed down through the family or perhaps a picture or an heirloom you can share online. Contact our curator...