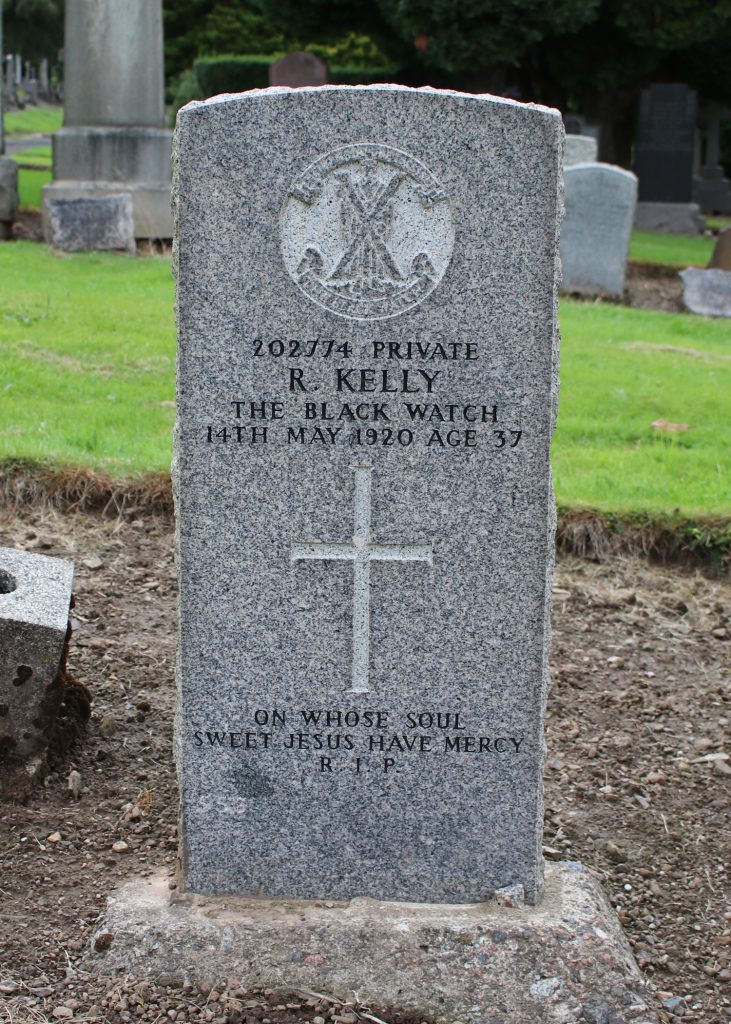 For reasons unknown this man is not listed on the original Dundee Roll of Honour. Robert died of wounds.

Private (sn: 202774), “B” Company, 4th Battalion, Black Watch (Royal Highlanders). He enlisted in the British Army in February 1917 and was awarded the British War Medal and Victory Medal for his services. However, he was discharged in November 1917 and received the Silver War Badge for a gunshot wound he had received to the head and which ultimately led to the seizures that caused his death.

Can you tell us more about Robert Kelly? Some additional facts, a small story handed down through the family or perhaps a picture or an heirloom you can share online. Contact our curator...