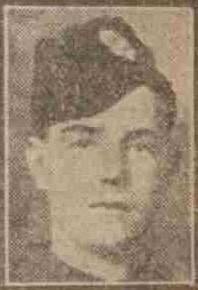 Private Robert Winter, H.L.I., whose home is at 23a Atholl Street, Lochee, has been awarded the Military Medal for his bravery and splendid example during operations on 1st October.

Private Winter comes of a fighting family.  His Brother was killed while serving with the H.L.I., while his father, of the Scottish Rifles has just returned home from Germany, where he has been a prisoner.  Robert went to France in June, 1916.

Can you tell us more about Robert Winter'? Some additional facts, a small story handed down through the family or perhaps a picture or an heirloom you can share online. Contact our curator...