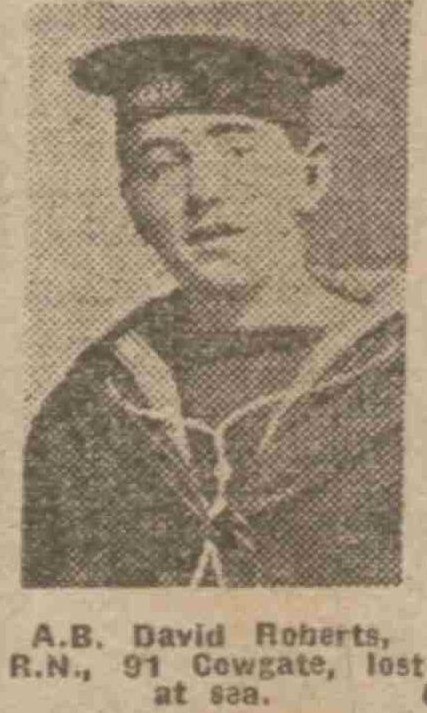 David has no known grave but is remembered on the Portsmouth Naval Memorial. He was serving aboard Submarine E-47 which was based at Harwich with the 9th Flotilla – depot ships Maidstone and Forth. She was engaged in North Sea patrols off the German and Dutch coasts. Following the resumption of German coastal shipping between Heligoland Bight and Rotterdam, four E-class submarines were sent to intercept. E-47 was lost in the North Sea on 20 August 1917. There were no survivors.

Can you tell us more about David Roberts'? Some additional facts, a small story handed down through the family or perhaps a picture or an heirloom you can share online. Contact our curator...