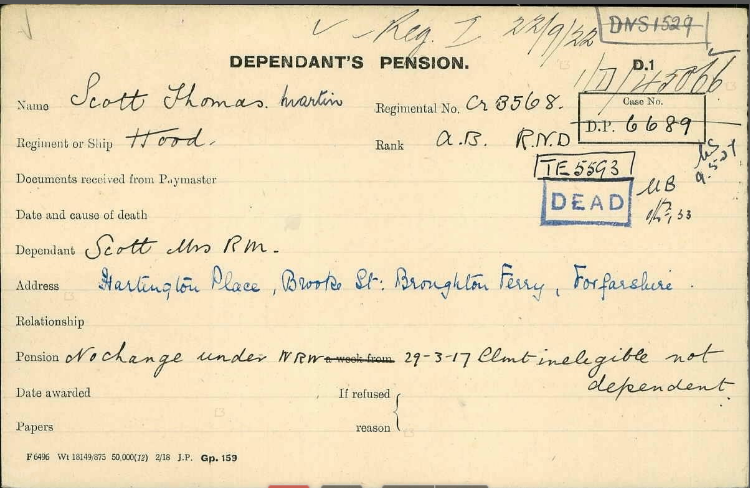 Thomas is believed to have been a former pupil of Grove Academy, Broughty Ferry and if so is remembered on the schools war memorial.

Official intimation has been received by Mr William Scott, builder, Broughty Ferry, that his son, A.B. Tom Scott, R.N.D., has been killed in action.  A.B. Scott was before enlisting employed as an apprentice engineer with Messrs James Low & Co., Monifieth Foundry.

Last week the relatives of Seaman Tom Scott, R.N.D., who reside at Hartington Place, Broughty Ferry, received official information that he has been killed in action.  Deceased though not yet 19 years of age came through the Dardanelles campaign.  He was the son of Mr Wm. Scott, builder, and nephew of ex-Bailie James Scott, and was held in high esteem.

Can you tell us more about Thomas Martin Scott'? Some additional facts, a small story handed down through the family or perhaps a picture or an heirloom you can share online. Contact our curator...