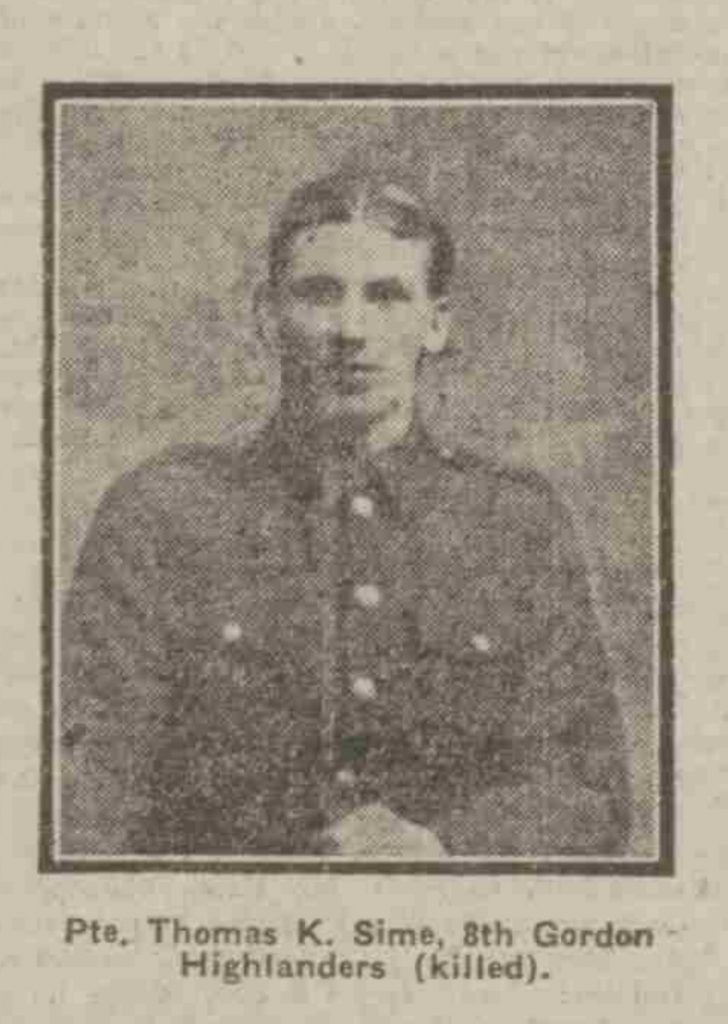 Mr John Sime, 11 Arklay Street, yesterday received official intimation that his son, Private Thomas K. Sime, 8th Gordon Highlanders, had been killed in action.  Deceased, who was in his 19th year, was the third son of Mr Sime and previous to joining the Gordons on the outbreak of war was an apprentice mechanic with J. & A. D. Grimond Ltd., Bowbridge Works.

He had been in France for five months.  A brother, John, is at present with the R.A.M.C., having been at the front for four months.

Can you tell us more about Thomas Kettles Sime? Some additional facts, a small story handed down through the family or perhaps a picture or an heirloom you can share online. Contact our curator...