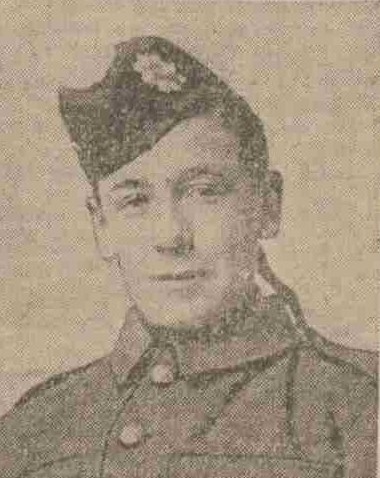 Mrs Brady, who resides at 79 Blackscroft, Dundee, has received official intimation of the death from wounds received in action of her brother, Private Robert Smith, of the Highland Light Infantry.

Private Smith was one of three brothers who enlisted a short time after war broke out.  Though only 19 years of age he had been at the front for two years, and came out of the battle of Loos unscathed.  He was previously employed as a millworker.  Mrs Brady’s husband is also serving with the colours, and is at present on active service.

Can you tell us more about Robert Smith'? Some additional facts, a small story handed down through the family or perhaps a picture or an heirloom you can share online. Contact our curator...