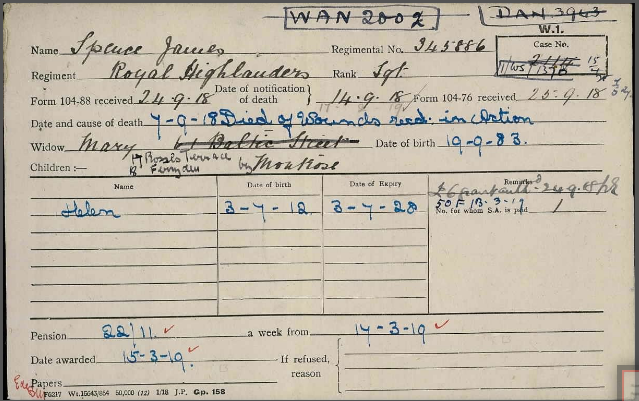 Sergeant James Spence, Black Watch, whose wife and child reside at 61 Baltic Street, Montrose, died of wounds received in action on 3rd inst., in a casualty clearing station in France, on 7th inst.  He joined the army at the beginning of the war, and was wounded at the first battle of Loos.  He was for fifteen months in No 1 V.A.D. Hospital in Montrose.  After recovery he was sent to Palestine and returned to France three months ago.  Before enlistment he was employed at Montrose Sawmills.

Can you tell us more about James Spence'? Some additional facts, a small story handed down through the family or perhaps a picture or an heirloom you can share online. Contact our curator...