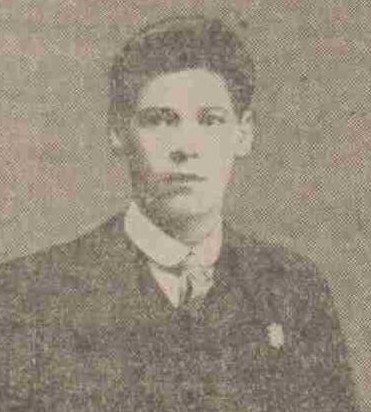 DUNDEE LAD OF 18 KILLED IN ACTION.

Less than three months ago Private Herbert E. Stuart, Royal Scots, went to the front.  He was only 18 years of age.  To-day he no longer lives.  He has crowned his short career as a soldier by a glorious death.  He was killed in action on 11th May.

Private Stuart was the second youngest son of the late Mr Alexander Stuart, police constable, and Mrs Stuart, 2 Craigie Street, Dundee.  He joined the forces in November last, and went to the front in March.  Previous to enlisting he was employed with Baxter Bros. & Co., Ltd.

Mrs Stuart has two other sons in the army, Charles is in the Royal Engineers and James in the Machine Gun Corps, the latter having joined at the beginning of the war, and having come through several big engagements.

Can you tell us more about Herbert Edward Stuart'? Some additional facts, a small story handed down through the family or perhaps a picture or an heirloom you can share online. Contact our curator...