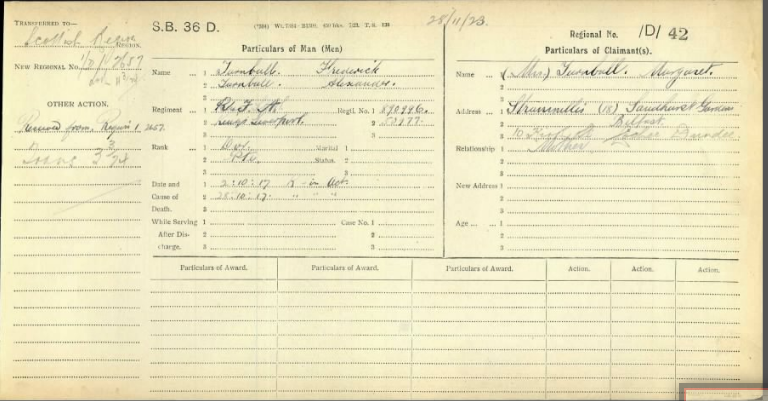 Alexander has no known grave but is remembered on the Tyne Cot Memorial. He was the brother of Driver Frederick Turnbull, 890996, 23rd Divisional Ammunition Column, Royal Field Artillery, who was killed in action, 02.10.1917, aged just 17.

Can you tell us more about Alexander Gow Turnbull'? Some additional facts, a small story handed down through the family or perhaps a picture or an heirloom you can share online. Contact our curator...