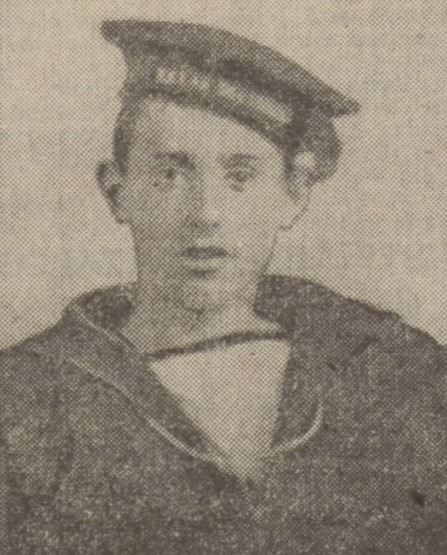 Norman was only 16 years old when he died. He was the son of Mrs Walker 172 Hawkhill, Dundee.

SIXTEEN-YEAR OLD PATRIOT GIVES HIS LIFE FOR HIS COUNTRY. Mr Andrew Walker, furniture dealer, 168 Hawkhill, Dundee, has received official intimation of the death in action at the Dardanelles of his son, A.B. Norman Walker, 1st Royal Naval Division. A.B. Walker was only 16 years of age. Before enlisting he was in the employment of Messrs D. P. Whitton & Sons, fancy goods merchants, Exchange Street, as a storeman. The news of his death was received was received by his parents on Monday, and on the previous day they had a letter from himself dated 15th May. This reads: – “We have read of the life in the trenches. I thought it was horrible, but after being in seven days I cannot tell you how hard it is. During our last three days it rained without stopping, and made our trench all muddy. I can tell you we gave the Turks a warm reception with some lead spots, and advanced about 200 yards, the only danger being the snipers, who are paid to kill as many officers as they can. Their faces are painted green so as not to be seen in the trees.
“The only thing to send us to sleep is the roar of the guns, which are only 100 yards away, and do a lot of damage to the Turks.” The Courier, Wednesday, 9 June 1915, 4.

Can you tell us more about Norman Walker? Some additional facts, a small story handed down through the family or perhaps a picture or an heirloom you can share online. Contact our curator...