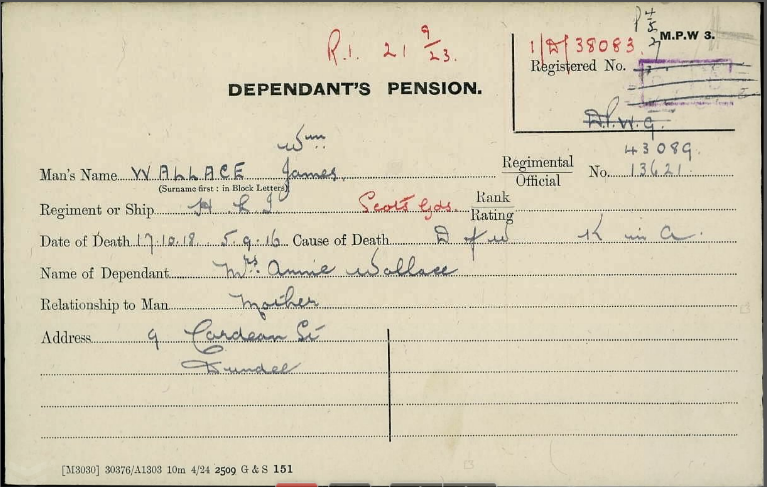 Mr James Wallace, 9 Cardean Street, Dundee, one of the Inspectors of the Dundee Society for the Prevention of Cruelty to Animals, has just received information that his son, Private James Wallace, Scots Guards, has been posted as missing.  Mr Wallace and his wife will be grateful for any information regarding their son.

Private Wallace, who is twenty-four years of age, came from America in March, 1915, and enlisted in the Scots Guards.  He has been in France for about three months.  Other two sons, Private David Wallace, Argyll and Sutherlands, and Lance-Corporal William Wallace, H.L.I., are both in the trenches.  Mr Wallace lost his eldest son in January of this year, he being killed in a gold mine in Ontario.

Can you tell us more about James Wallace'? Some additional facts, a small story handed down through the family or perhaps a picture or an heirloom you can share online. Contact our curator...