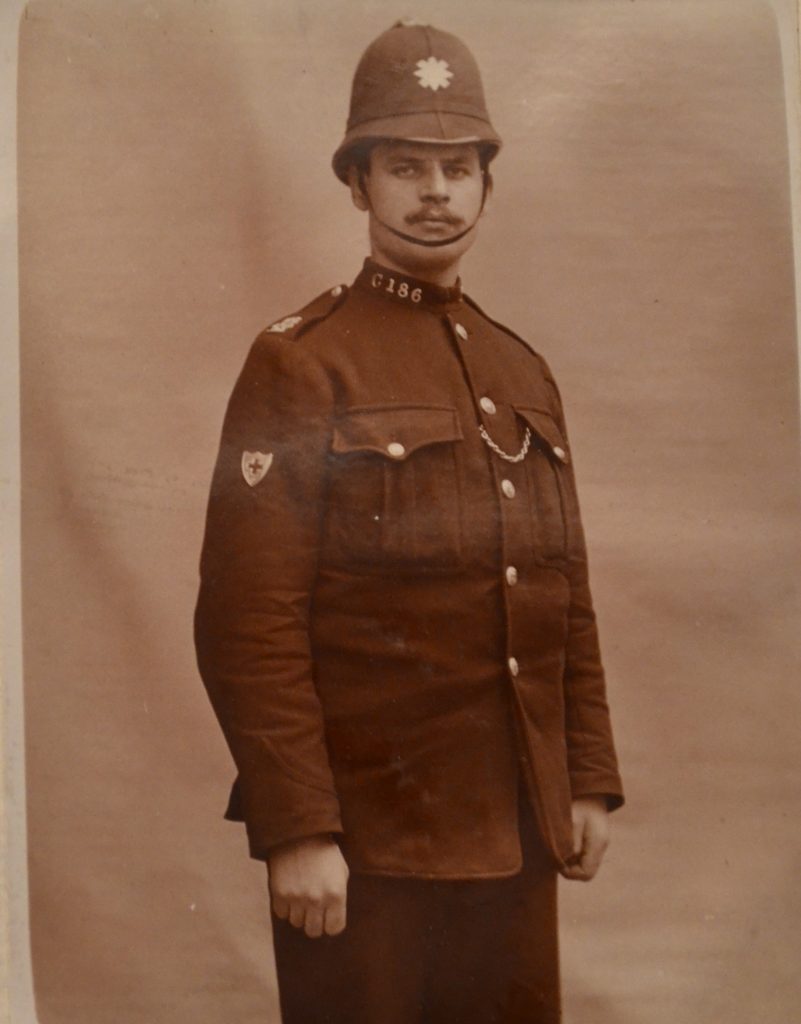 “Pte Wann was mortally wounded on the night of the 25th. On that date he was with his company in the front line and was on sentry duty about 11pm. There was then some shelling by the enemy and a shell burst close to the butt where he was stationed. He was severely wounded by the flying pieces of the shell, being hit in the back of the left shoulder and of the neck. He was at once attended to, but died whilst being conveyed to the aid post.”

“Pte James T. Wann, Scots Guards who has died from wounds was a son of the late James Wann and Mrs Wann 68 Peddie St, Dundee. Before he enlisted Pte Wann was a constable on night duty in the Western Division of Dundee City Police and prior to joining the police he was in the employment of the Caledonian Railway Company of Dundee.”

Can you tell us more about James Todd Wann'? Some additional facts, a small story handed down through the family or perhaps a picture or an heirloom you can share online. Contact our curator...