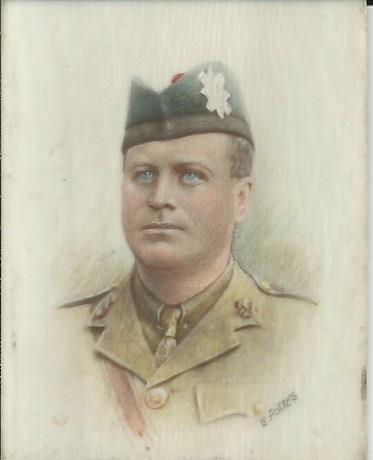 Robert was the brother of Cpt Herbert Sanderson Watson 8th Battalion, Gordon Highlanders who was killed in action 26.09.1915.

DIES SUDDENLY AT HIS RESIDENCE IN DUNDEE.

Captain Watson, who had been resident in England with the battalion, returned home a few days ago for a short furlough.  He was not feeling in the best of health, but nothing serious was anticipated, and it was a great shock to his relatives when he expired very suddenly, death being due to heart failure.

Deceased, who was thirty-eight years of age, was the only surviving son of the late Mr R. L. Watson, of James Watson & Co., Ltd., distillers and wine merchants, Dundee, and himself took an active interest in the large business conducted by the firm.  He was formerly an officer in the 1st V.B.R.H. in the old Volunteer days, and joined the 3/4th Black Watch on the formation of the battalion shortly after the outbreak of war.  His younger brother, Captain H. S. Watson, 8th Gordon Highlanders, was killed at Loos in September.  Deceased is survived by a widow and two children.

Can you tell us more about Robert Lowson Watson'? Some additional facts, a small story handed down through the family or perhaps a picture or an heirloom you can share online. Contact our curator...