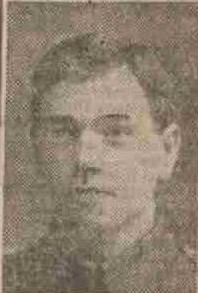 Mrs Weir, 17 Ogilvie’s Road, Dundee, has received official intimation that her youngest son, Gunner David Weir, was killed in action on August 8.  Gunner Weir was in the army when war broke out, having enlisted in February, 1914, and had been in France since September, 1914.  Before joining the colours, he was employed in the twine department of Bowbridge Works.  Deceased was 21 years of age.  Two brothers are on active service.  Andrew is a stoker in the Royal Navy, and John is serving in the Royal Marines.

Can you tell us more about David Downie Weir? Some additional facts, a small story handed down through the family or perhaps a picture or an heirloom you can share online. Contact our curator...