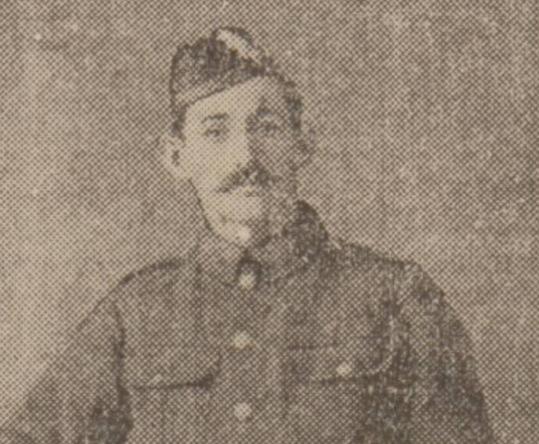 DUNDEE MAN KILLED WHILE ON SENTRY DUTY. Private Archibald White, son of Mr and Mrs F.White, 4 Allan Street, is another Dundee Black Watch soldier who has given his life in his country’s cause. He was shot by a rifle bullet on the morning of the 6th inst. while on sentry duty.
Private White was a popular fellow with his soldier comrades and his platoon officer in a letter states they all feel his loss greatly, for he was a brave man and a most willing and obliging worker. He was at all times cheerful and contented.
Deceased was 25 years of age, and had been at the front since November. The Courier, Saturday, 12 August 1916, 4.

Can you tell us more about Archibald White'? Some additional facts, a small story handed down through the family or perhaps a picture or an heirloom you can share online. Contact our curator...