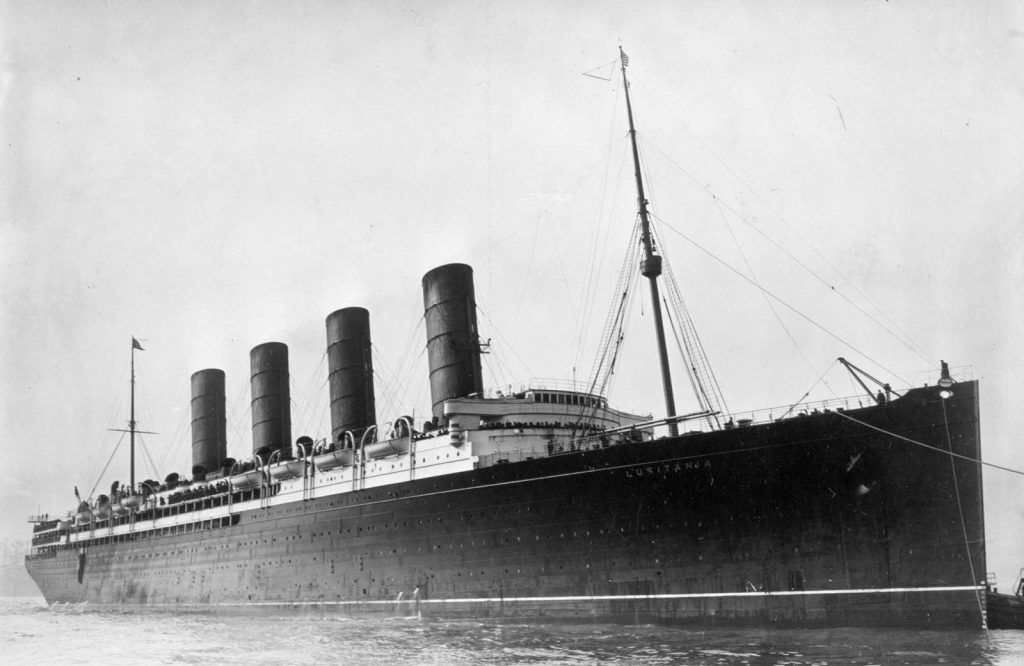 ‘’Another Vancouver victim of the German submarine on the Lusitania not mentioned in the lists is William Bennett who was on his way home to Dundee, Scotland, to rejoin his wife and six children. He was a ship carpenter and had worked at Prince Rupert for seven months before leaving. Before that for nearly two years he was in Vancouver. His mother and father live at 117 Kaslo street and he has several brothers and sisters in this part of the country. Three brothers, John, James and David, live in Vancouver. William was 39 years old and was going back to Scotland to get work. All his children are under 16 years old, the eldest being a boy. His father, also named William, is chief engineer on the tug Mystery.’’ (The Province, 11 May 1915, p. 16)

The RMS Lusitania was a British ocean liner, owned and operated by the Cunard Company. Her keel was laid on 16 June 1904 and she was launched on 7 June 1906. Lusitania began her maiden voyage out of Liverpool, England on 7 September 1907 and arrived in New York, United States, on 13 September.  Lusitania was the largest, fastest, and most luxurious ship in the world at the time of her launch, although she was soon eclipsed in size and speed by her sister Mauretania and in size and luxury by rivals Olympic and Titanic.  Lusitania would make 101 round-trip voyages (or 202 crossings) during her 7-year-and-9-month  career. Lusitania became a casualty of World War I (1914 – 1918). On 7 May 1915, Lusitania was torpedoed off the coast of Ireland by the German submarine (or u-boat) U-20, sinking in 18 minutes.  Of the known 1,960 people on board, 767 survived and 1,193 perished in the Lusitania disaster. Four of those survivors died in the following months, bringing the numbers to 763 survivors and 1,197 victims. The wreck of the Lusitania lies at 51°25′N 8°33′W, about 300 feet (91 meters) underwater and approximately 11 miles (18 km) south of the Old Head of Kinsale, Ireland.

Can you tell us more about William Bennett'? Some additional facts, a small story handed down through the family or perhaps a picture or an heirloom you can share online. Contact our curator...