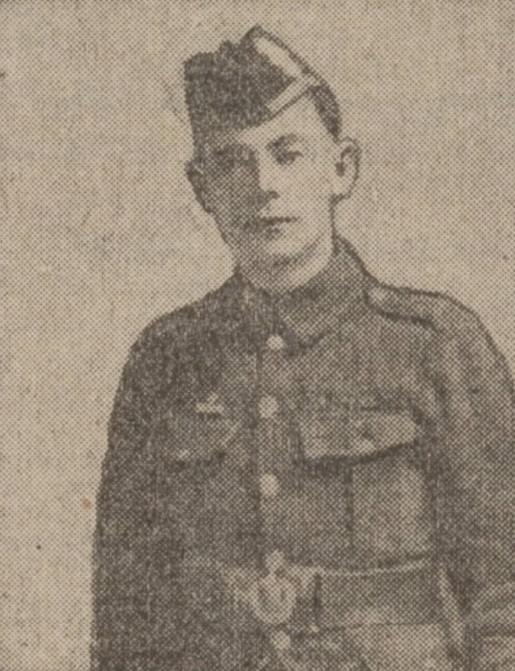 2138 Pte. William Williamson, was another of ‘Dundee’s Own’ who lost his life at Neuve Chapelle, aged 26.
His wife, Elizabeth Rodger Williamson, 40 Blackscroft, received a letter from Captain Boase, informing her that her husband had been killed in action.

PRIVATE OF D COMPANY KILLED ON THE FIRST DAY OF THE BATTLE. Private William Williamson, of D Company, fell on the first day of the big battle.
His wife, Mrs Williamson, 40 Blackscroft, received the sad news in a letter from Captain E. L. Boase. It set forth that he was killed in action, being hit by a bullet on Wednesday morning, the 10th inst., on the first day of the big battle.
“Your husband,” Captain Boase adds, “like some of the rest of us, crossed by a wooden bridge which was too exposed. He had not got down into cover and safety when a bullet struck him. I hurried to his assistance, but alas! the deed was done, and our gallant comrade breathed his last shortly after he was struck. He has been laid to rest out here near his comrades. Your husband was doing very well, and he and Corporal Dick are the only deaths in D Company of the 4th.” The Courier, Monday, 22 March 1915, 4.

Can you tell us more about William Williamson'? Some additional facts, a small story handed down through the family or perhaps a picture or an heirloom you can share online. Contact our curator...