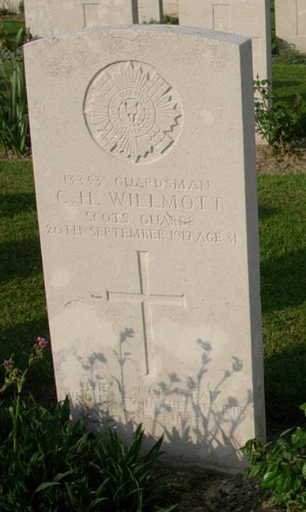 A Lochee family has just received intimation of the passing of a noble son, this being the second member of the family to make the supreme sacrifice.

Private Charles Willmott, Scots Guards, has died from shell shock.  His widow and one child live at 24 South Road, Lochee.  He was the eldest son of Mr and Mrs Richard Willmott, Logie Street, and his younger brother John was killed a little over a year ago.  Charles was a plasterer prior to enlisting three years ago.

Can you tell us more about Charles Henry Willmott? Some additional facts, a small story handed down through the family or perhaps a picture or an heirloom you can share online. Contact our curator...