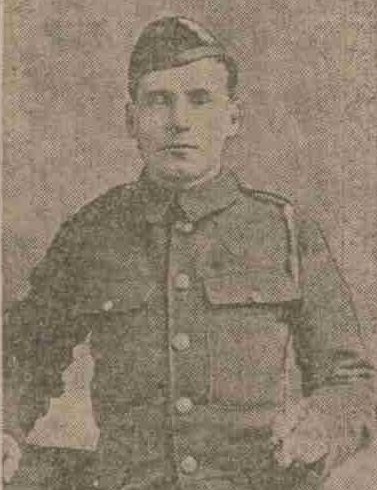 Private David Wright, who is officially reported to have died of wounds received in action, was a son of Mrs Wright, 42 Hospital Wynd.  Private Wright enlisted in the Black Watch at the beginning of last year, and had been at the front for six months.  Deceased who was 22 years of age, was prior to joining the colours employed in the dyeworks of Messrs Stevenson Brothers, Dundee.

A son of Mrs Wright, Private Robert Wright, Black Watch, was killed in action some time ago.  The remaining son, Frederick, is a bombardier in the Royal Field Artillery.

Can you tell us more about David Wright'? Some additional facts, a small story handed down through the family or perhaps a picture or an heirloom you can share online. Contact our curator...