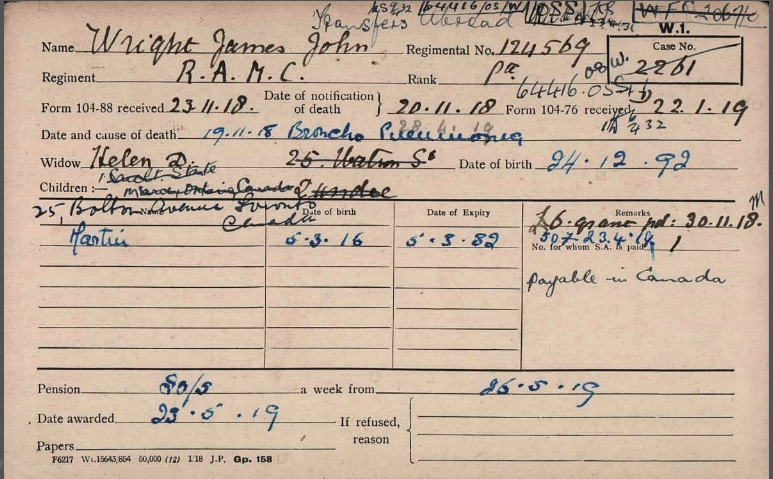 Private Wright died on 19th November 1918 and is interred at Eastern Necropolis, Dundee. Give that repatriation of bodies was not routine practice, it suggests that he died in the UK, possibly Colchester or Dundee.

Can you tell us more about James John Wright'? Some additional facts, a small story handed down through the family or perhaps a picture or an heirloom you can share online. Contact our curator...