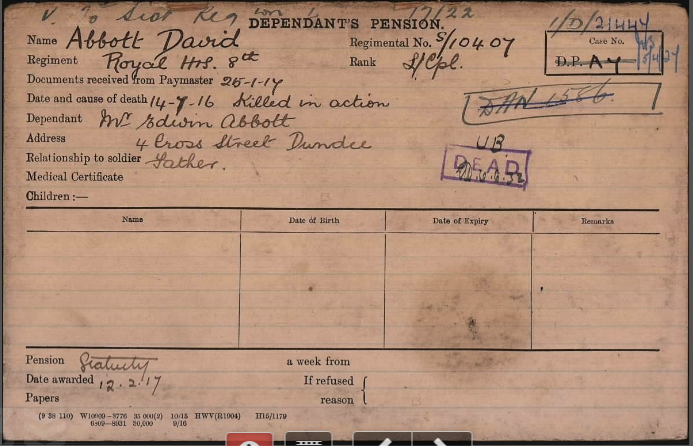 David has no known grave but is remembered on the Thiepval Memorial. He was the son of Mr & Mrs Abbot, 4 Cross St, Dundee.

L/Cpl. D. Abbot, Black Watch, son of Mr and Mrs A. Abbot, 4 Corso Street, Dundee, was killed in action on 14th July.  He was 23 years of age, and for a considerable time prior to enlisting he was employed as a fireman with the North British Railway Company.

Mr and Mrs Abbot have two other sons on active service.

Can you tell us more about David Abbot'? Some additional facts, a small story handed down through the family or perhaps a picture or an heirloom you can share online. Contact our curator...